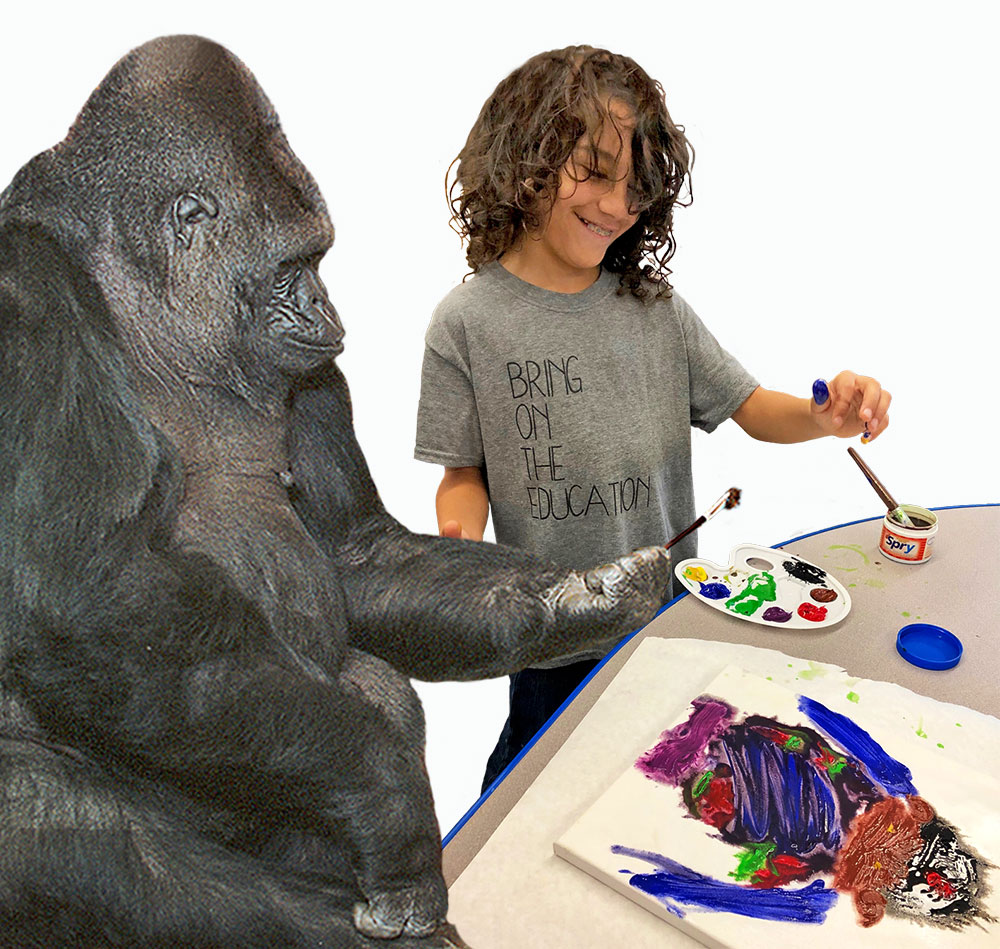 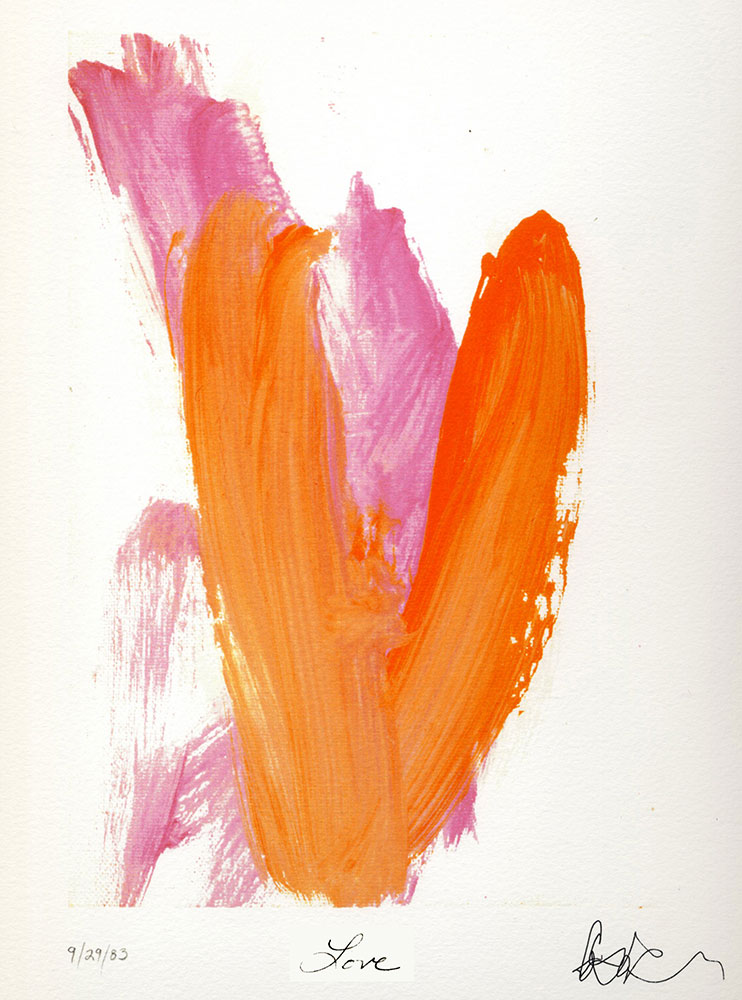 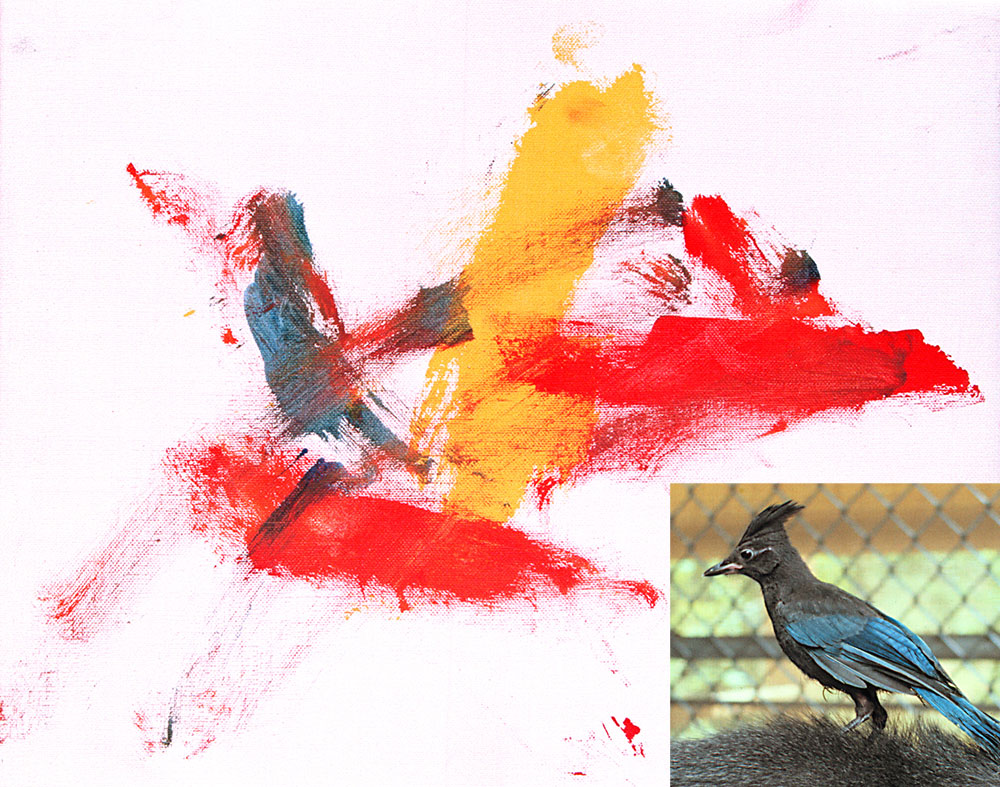 The Bluejay in this painting lived at the sanctuary with Koko and her friends.  He was rescued as a baby when he fell from his nest in a storm.  Koko’s caregivers raised and cared for him and he flew freely about, hitching rides on Koko’s back. (Look carefully at the photo!)

And because the little bird opened up so wide to eat, she named him “Tongue.” Koko had a knack for names!

In the above painting, Koko captured what she saw — a bright Bluejay.  Blond-haired Penny was close by, so Koko added a brush of warm yellow.  Then Koko painted how she felt with splashes of bright red as if to say,  “Penny and my friend Tongue make my heart happy!”

In this section, we’ll learn how gorillas Koko and Michael expressed their feelings through art. We’ll let them inspire us to express our own feelings, and communicate through art with our friends.

Following is a slideshow displaying some of Koko and Michael’s finest paintings:

• Learn to Paint like Koko (and Michael), one painting at a time

As a “Kid for Koko”, you are the key to waking people up to the importance of treating other intelligent species and our planet with love and respect, and ensuring a brighter future for all.