A Wish for Koko / Chapter One 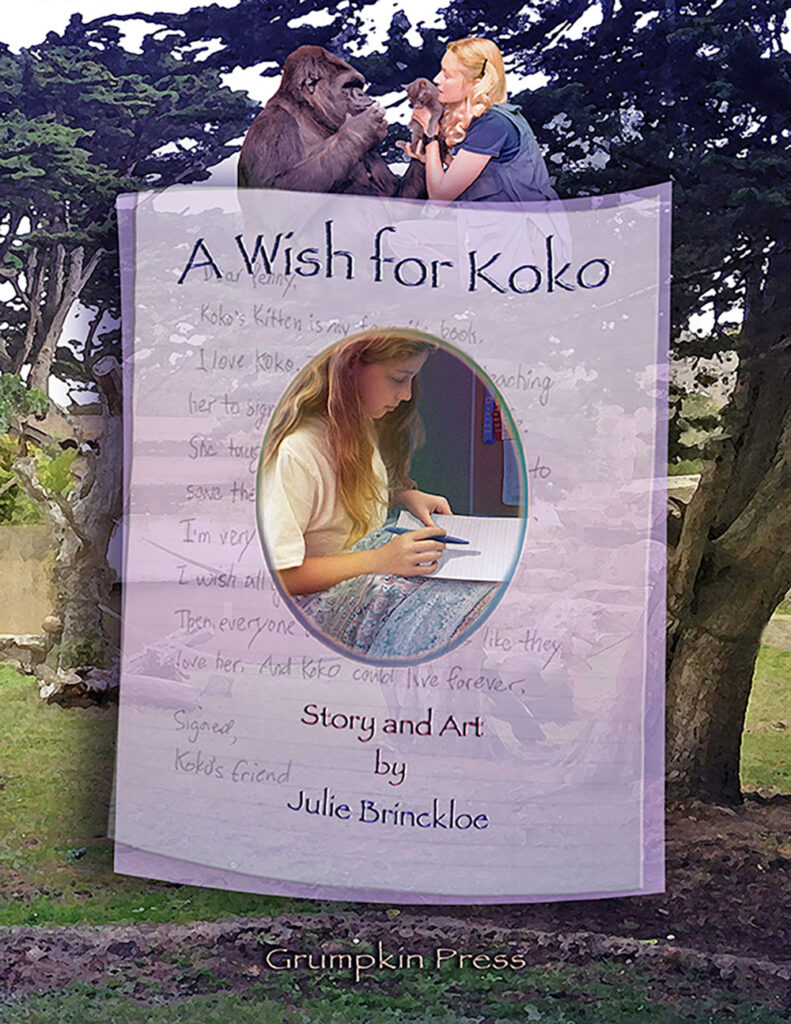 1) This story is written in “first person,” which means it is told by the main character in the story (Stella) …

a) Why do you think the author chose to write it this way?

b) Whether you are a girl or a boy, how did the character remind you of yourself and your own life?

2) When the girl learns about Koko’s friendship with a kitten, she thinks about a similar friendship between her own cat and pet rat …

a) What unlikely animal friendships have you seen in your life?

b) What does it tell you about animals?

3) As the girl reads the book, Koko’s Kitten, she learns about Koko’s feelings and compares them with her own …

b) How do they compare with your own feelings?

a) Were you surprised?  If yes, then why?

b) What do you think other gorillas do in captivity (zoos)?

c) What do you think other gorillas do in the wild (African forests)?

d) What’s the difference between Koko and other gorillas?

5) When the girl read that Koko’s kitten, All Ball, was struck by a car and killed, she understood the gorilla’s sadness by thinking of her own cat that had died …

a) Have you lost an animal friend, and how did it make you feel?

b) When Koko signed, “Sleep cat” and “blind” to express her feelings after All Ball’s death, what did that teach you about her ability to communicate?

6) When Koko got a new kitten, she felt happy again …

a) What does that teach you about Koko’s ability to recover from loss?

b) Do you think she was as happy as when she first got All Ball?  Why or why not?

Email your answers to [email protected]

We will read and discuss your answers on this page, as well as in upcoming video panel discussions with Kids4Koko, and email you a link and a summary of everyone’s answers and lessons learned.

And hopefully, new questions and new ideas will emerge for how to help save gorillas and Nature!

A Wish for Koko

Read other books about Koko and Friends