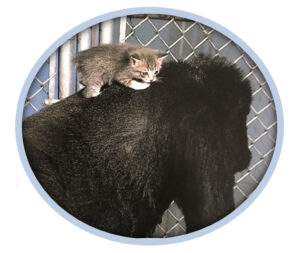 Then one day Koko got her birthday wish. Penny’s helper came with a litter of kittens and Koko got to choose one. She was so happy she signed, “Love that.”

She gave the kittens her blow test, which was blowing into their faces to learn more about them. Maybe like an interview.

Then she chose a little grey tabby and named him All Ball because he had no tail. She made that up herself.

Koko carried All Ball around like a baby gorilla, and kept him brushed and clean. She made up games called chase, blow-it and tickle. All Ball wasn’t good at games but he loved to scratch and bite. Koko told Penny he was “obnoxious.” That was so hilarious I laughed out loud. 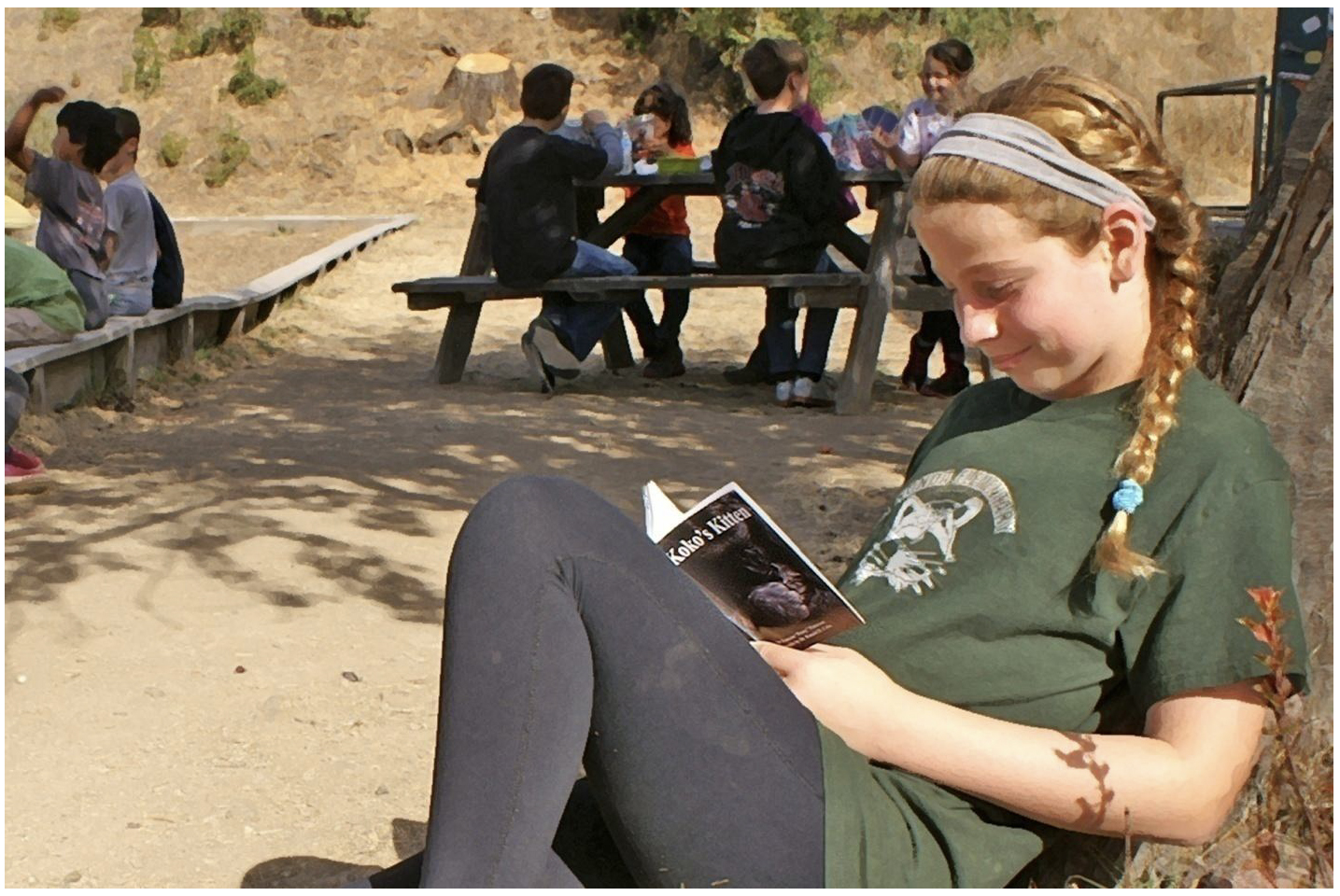