A Brave and Compassionate Gorilla

Michael began his life in the rainforest in Cameroon.  Like all gorilla babies, he was protected and cared for by a close and vigilant gorilla family.  His mother carried him everywhere at first.  As he became stronger, she let his aunts touch him, give him gorilla kisses, and hold him tenderly.  But she never let him out of her sight. 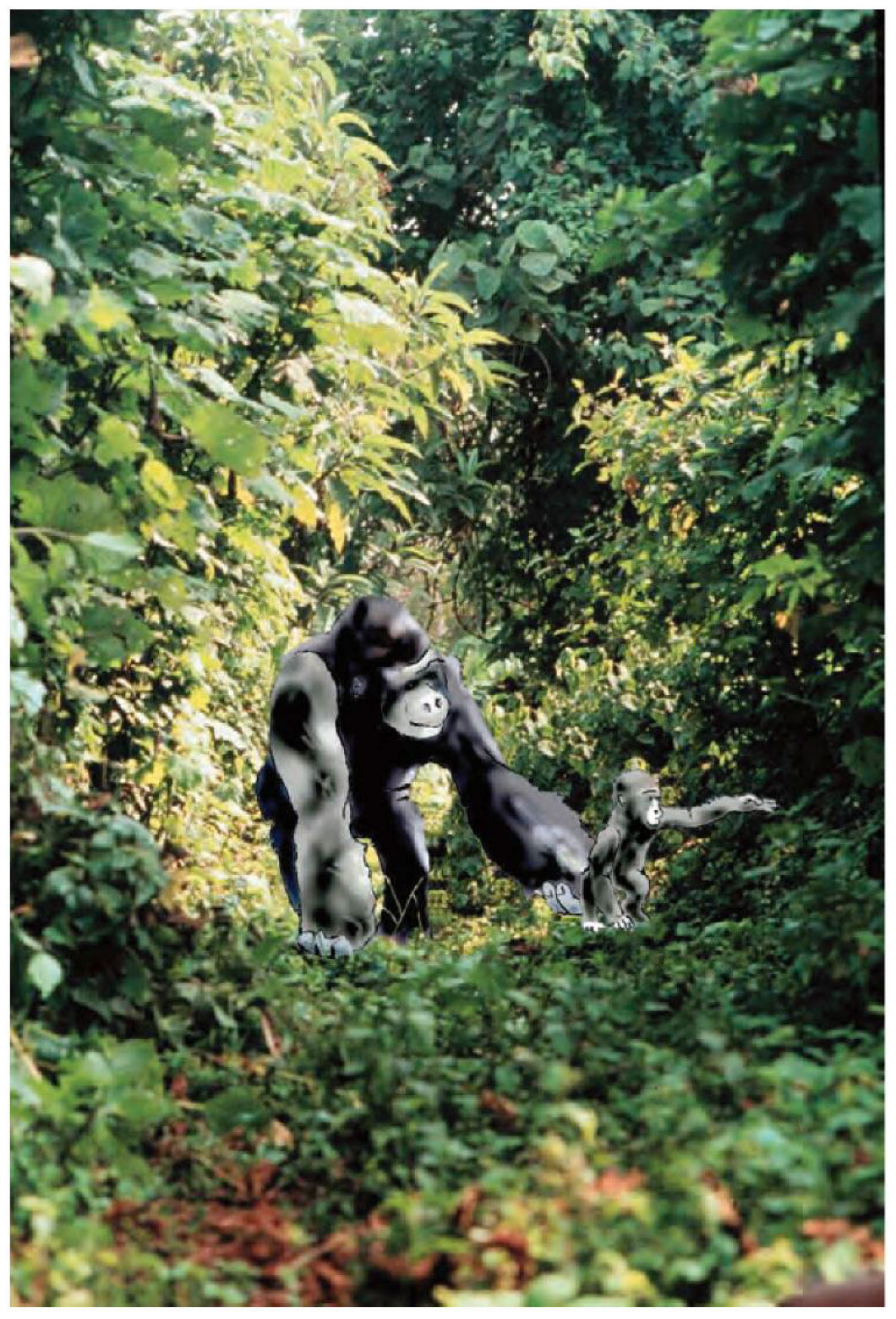 Michael’s dad was a huge handsome ape, muscular and powerful, with a beautiful gorilla face. The hair on his back had turned silver to signal he was the leader (or “silverback”). When he was with his mom and dad, Michael felt safe to explore his rainforest home.

But his happy life changed after his second birthday.  Hunters followed his family’s tracks and shot his mother and father.  Gorillas are strong, but they cannot fight a man with a gun.  Michael, afraid to leave his parents’ side,  watched them die.