While Michael welcomed most other animals, he was cautious about people.  When he heard a person walking through the woods towards his rooms he stopped playing, pushed aside his favorite foods, and stood in a threat posture at the window. 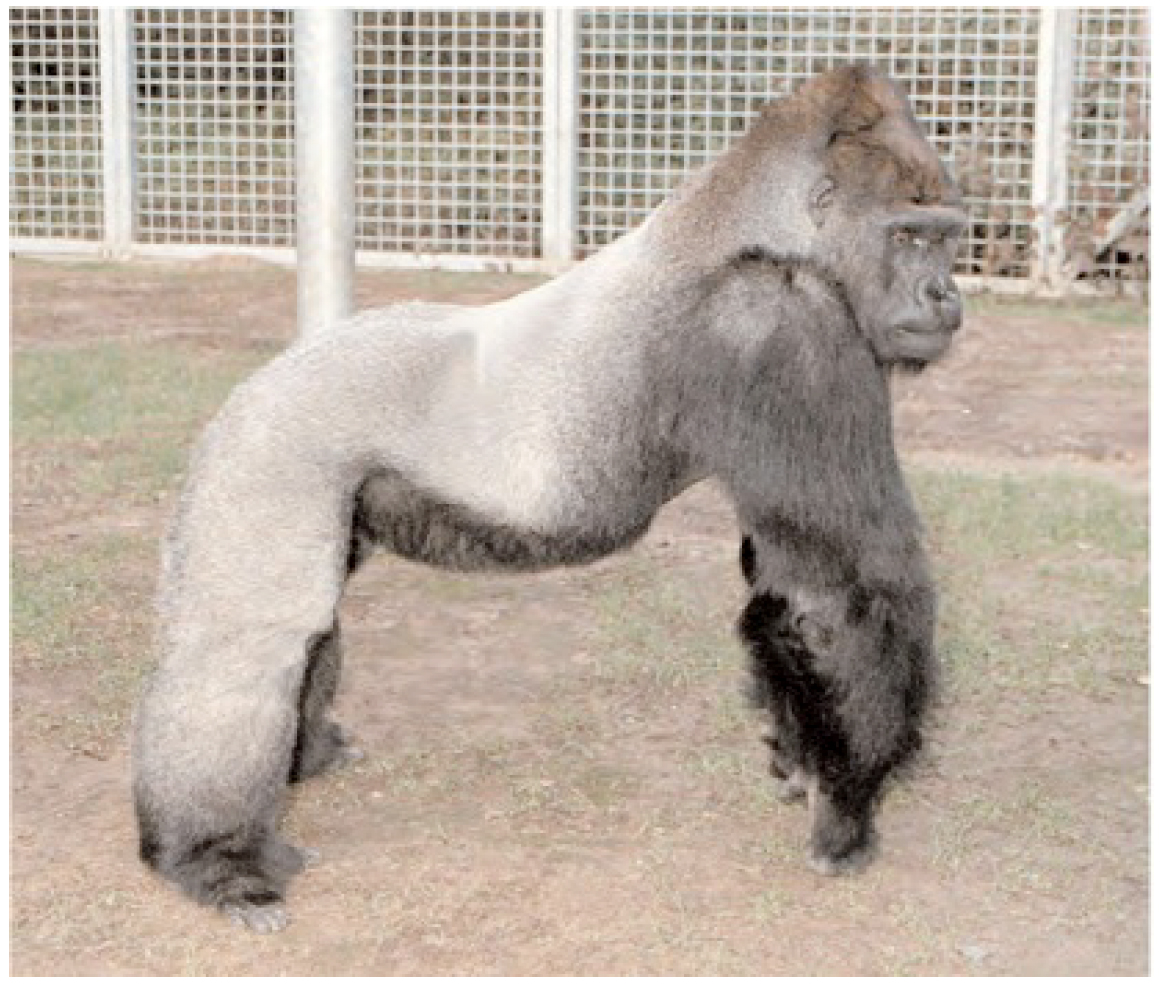 If it was someone he knew and liked, he grunted and huffed his acceptance.   But strangers, especially strange men, caused severe reactions.  Young Michael sometimes hurt himself banging on the walls and running across his play yard in anger, as he threatened an unfamiliar man who surprised him.  No matter how huge and strong he became — and Michael was a very powerful silverback — he felt endangered by unknown humans.  The cause of his fear became clear when he was a boy of eight years old, and began telling people about his dreams.