People who see their parents murdered are permanently scarred by the experience.  So are gorillas, and other great apes that are poached in the wild.  Humans who live with and care for great apes know the depth of their sensitivity.  But only when Michael told his nightmare to his human friends in signs and gestures, did we realize how vivid the gorilla’s memories of traumatic early life events could be. 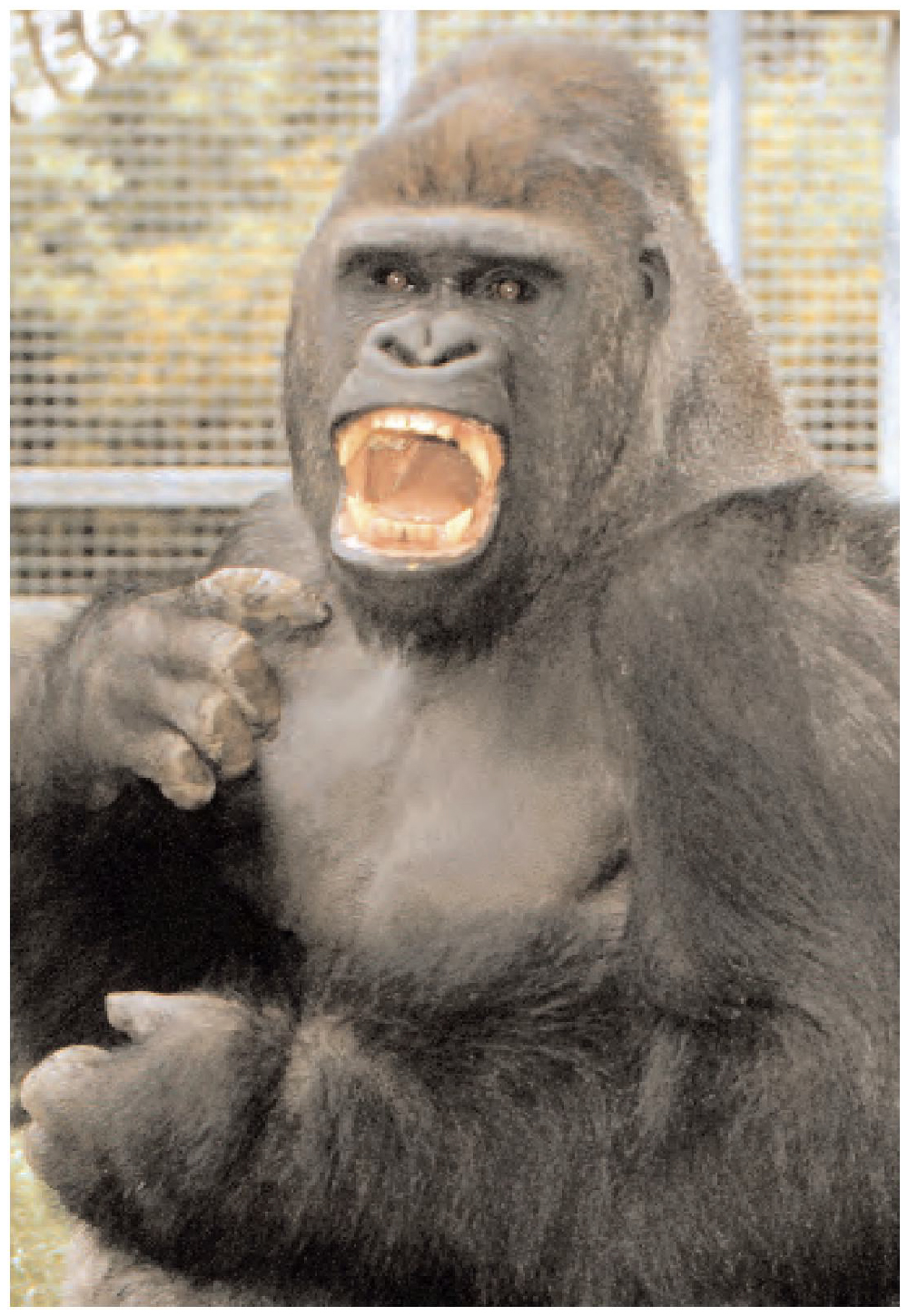 Michael recalls the man who murdered his mother.

At that point Mike was extremely upset, and they cut off the conversation.  By then Barbara had no doubt that Michael had been recalling the time, as a baby in the forest in Africa, when a strange man chased his mother, shot her and most likely butchered (squashed) her body in front of him.  This is, after all, what happens with young gorillas poached from the forest.

Michael remembrered the death of his mother again, and again.  He retold his story to Penny and Ron for many years, and they recorded it on film for others to see.  Often he seemed to be recalling the horrid sound of aunshot, the cries of pain, his own terror and trembling.  He described the bright red blood, the shock, the struggle and submission as strong arms carried him off while his mother lay slaughtered in the bush.  Michael never forgot his mother, the man who killed her, or his deep anguish.