Born in an African rainforest with a loving gorilla family, Michael witnessed his mother’s murder, and told his sad story to his new human family in America.  The rest of his life was spent living in biosynergy with loving humans and other animals.  His compassion for others gave him the courage to act on his desire to keep peace in his new home.  Michael’s memory of his mother’s murder was the foundation for his courage.  But it is his dream of a world in which humans and gorillas are at peace with one another that we treasure most.  It is this world that we seek, in his memory. 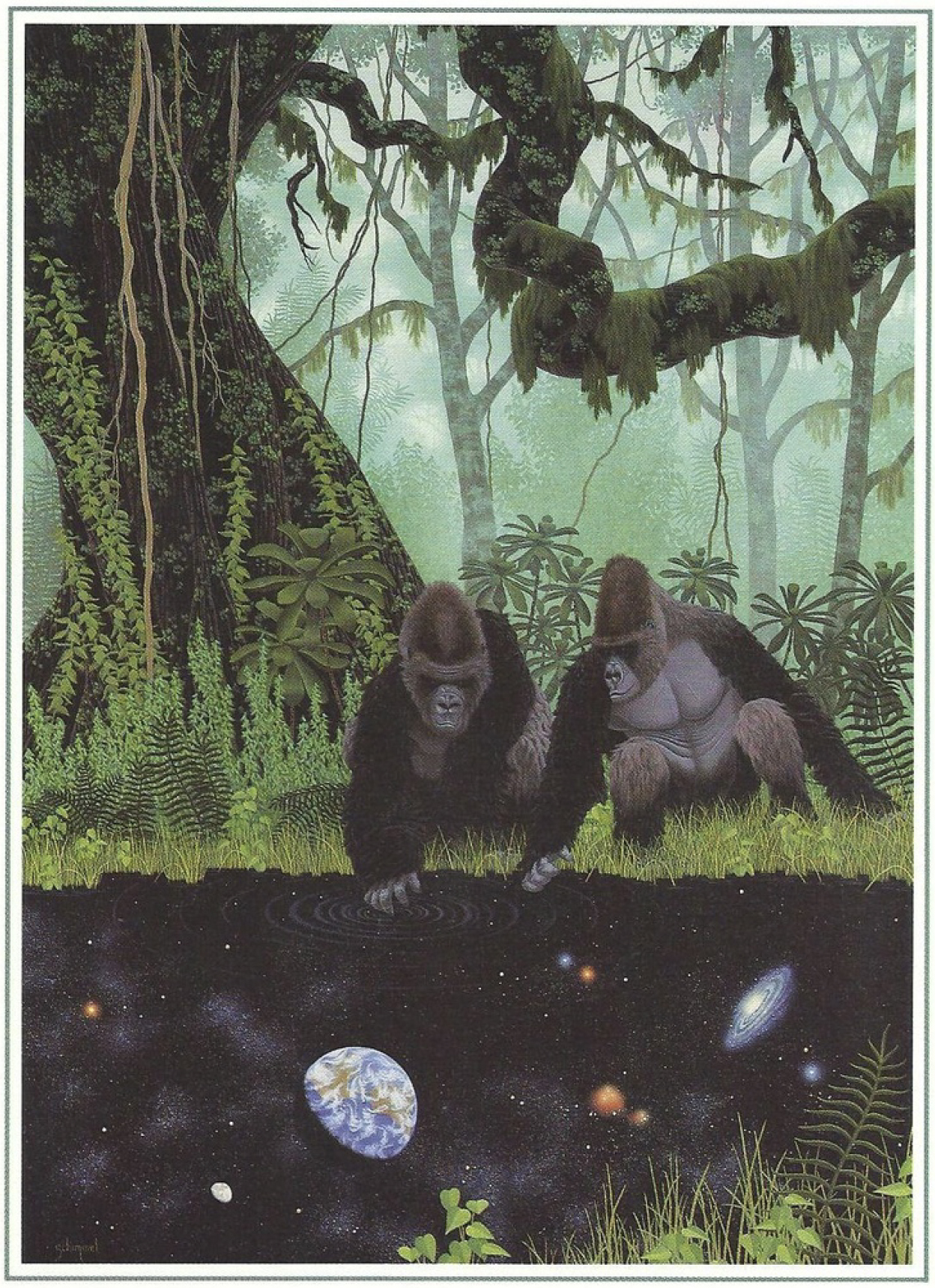 “Testing the Waters” by Shim Schimmel