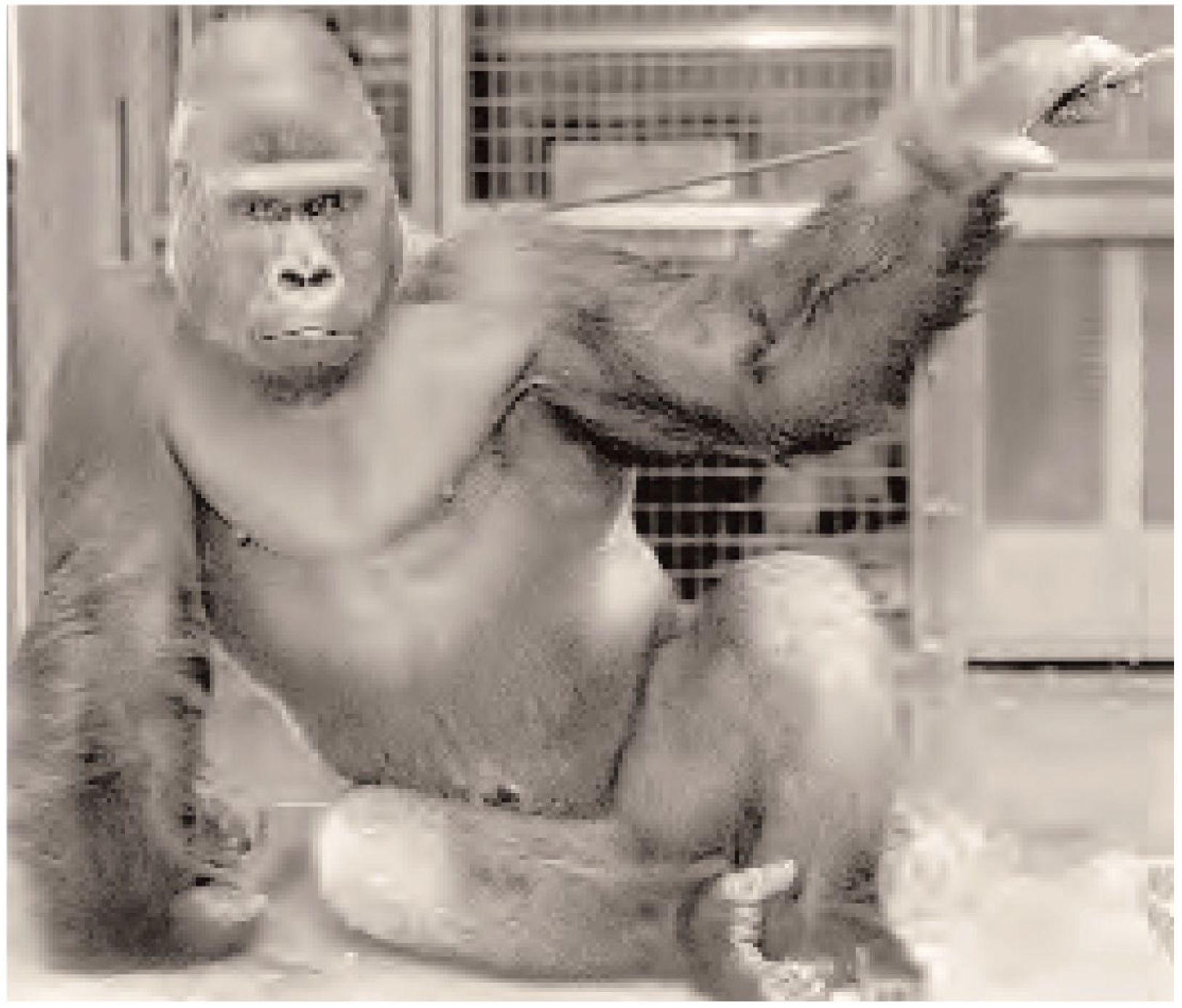 At Michael, the silverback gorilla who learned to tell us his dreams, died a sudden death just after his 28th birthday.  His heart gave out, as happens with many captive male gorillas.  We believe he died because the fear instilled in him as a youngster made him work too hard to protect Koko nd his human family.  He did not want to lose them, the way he lost his first family in the forest.  His compassion for “good” people was unbounded, and eventually he suffered from caring too much.

Michael has taught us some very important lessons.  Because he could overcome his frightful beginnings, he gives us all hope that we too can improve our lives.  His human-like achievements show us that we are part of a circle of brave and compassionate animals.  Perhaps most important, his lifelong stance as the protector of ape and human assures us that we are not alone in the world.